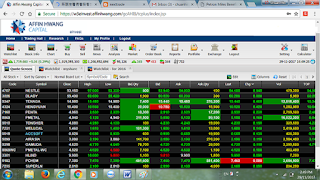 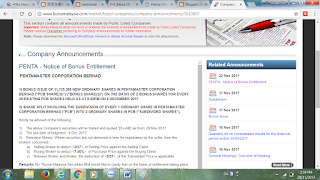 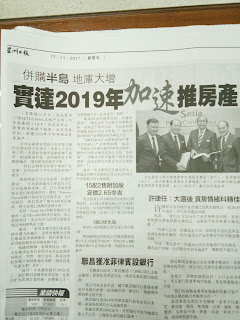 Kenanga Today Asian markets ended mostly mixed, with the FBMKLCI shedding 2.75pts or 0.16% to 1,759.09 yesterday, mainly dragged by loss in GENM (-0.11pts or -2.0%). Meanwhile, the broader market depicted strength after market breadth remained positive, with 487 gainers outweighing 360 losers while 373 counters traded unchanged. Chart-wise, the index opened lower and was traded in the negative territory within a thin 3 point range throughout the session with a low trading volume, reflecting lack of conviction in market movement. Despite most key indicators remaining in negative state, prior bullish reversal pattern of “Morning Doji Star” looks encouraging for near-term recovery. From here, resistance levels to watch are 1,783 (R1) and 1,796 (R2) beyond. However, weakness, if any, will bring the price towards 1,755 (S1) before buying activities emerge, while a breakdown below the technical picture could trigger a capitulation towards 1,750 (S2) further down. Key technical highlights for today include TGUAN (Not Rated) and VS (Not Rated).

AUTOMOTIVE (NEUTRAL ↑) · We upgrade our rating to NEUTRAL given the outweighing of MP ratings in the total market capitalisation of our stocks coverage coupled with the YTD TIV matching our 2017 TIV forecast of 590,000. · Furthermore, the consumer sentiment gauge has been recovering, hovering at c.80pts level, nearing the optimistic threshold (>100pts) and aided by improvement in the loan approval rates which are hovering at c.50%-55% level. · Additionally, the recent strengthening of the MYR against USD/JPY is expected to show positive affect on automakers with gradual improvement in margin, starting 3QCY17. · We choose BAUTO (OP; TP: RM2.40), as our preferred pick for the sector.

BUILDING MATERIALS (NEUTRAL ↔) · Overall, we maintain our NEUTRAL view on the Building Materials sector despite being positive on the steel and aluminium sub-sectors due to the larger market weightage of our negatively weighted cement sub-sector. · We are positive on the long steel sector as we expect construction activities within the infrastructure space to pick up pace which would buoy current high prices of c.RM2,600/t. · Maintain all calls within the space with unchanged TP for PMETAL (OP; TP: RM4.05) and LAFMSIA (UP; TP: RM4.33). However, upgrade TP for ANNJOO (to OP; TP: RM4.70) and lower TP for ULICORP (OP; TP: RM4.95).

CONSTRUCTION (NEUTRAL ↔) · We reiterate our NEUTRAL call on the sector due to: (i) slow contract award news flow for 2017, (ii) heightened earnings delivery risks due to delays in work progress as well as high building material cost, and (iii) toppish valuation with the KLCON trading at 5-year +1.5SD. · Furthermore, we no longer have any OUTPERFORM calls in our core coverage for the sector. · Looking ahead, we advocate a sell-on-strength strategy on the sector in which we advise investors to take the opportunity to take profit on any positive news flow that is expected in 4QCY17.
HEALTHCARE (UNDERWEIGHT ↔) · We maintain our UNDERWEIGHT rating on the sector which is expected to be dull in terms of earnings growth and further capped by expensive valuations. · All in, healthcare stocks under our coverage are trading at rich PER valuations in contrast to their expected low-teens earnings growth. We believe their growth potentials are already reflected in the valuations. · The main drawback at this juncture is that healthcare stocks including IHH (UP, TP: RM5.08) and KPJ (MP, TP: RM1.10) are trading at rich valuations while offering low dividend yields.

MEDIA (NEUTRAL ↔) · We are keeping our NEUTRAL view unchanged on the media sector in view of the persistent lack of key earnings catalyst coupled with potentially more kitchen sinking exercise ahead. · The prolonged weak consumer sentiment and rising cost of living are expected to continue to mire the country’s adex outlook for CY17. · On the other hand, while most of the over-the-top (OTT) video streaming platforms appear identical, the key differentiating factors are likely to depend on original IPs and localised contents. There are no changes to all our media companies’ earnings estimate. · ASTRO (OP, TP: RM3.00) remains our favourite pick in the sector in view of its relatively resilient earnings and decent dividend yield.

PLASTIC & PACKAGING (NEUTRAL ↔) · Macro fundamentals such as fairly stable USD/MYR and higher resin cost in 1H17 (target of between USD1,200-1,300/MT in FY17-18) have been accounted for in our estimates. · However, we believe there is a possibility of lower resin prices in FY18 on increasing resin supply in coming quarters which may act as a re-rating catalyst for the sector if it materialises. All in, we make no changes to our earnings estimates. · We have recently re-valued all plastic packagers under our coverage using the rubber gloves sector as a benchmark for toppish valuations and attaching a discount to plastic packagers on rubber gloves’ PER based on their respective quantitative and qualitative factors. · Our Top Pick is TGUAN (OP; TP: RM5.67) which is a laggard despite solid earnings and fundamentals as its share price has yet to play catch up (-8% YTD). SHIPPING, PORTS &

LOGISTICS (NEUTRAL ↔) · From our observations, logistics counters have already begun reversing earlier gains following a subpar results season. Likewise, earnings growth weakness within the logistics space is expected to persist for the next 1-2 years, underpinned by rising competition coupled with higher running costs for ventures and expansions. · Parcel delivery players are expected to continue recording top-line growth amid the burgeoning e-commerce trend in the country but margins suppression due to fierce competition may dampen the trickle-down effect on bottom-line earnings growth. · Coupled with lofty valuations, we are opting to stay side-lined from this sub-segment for now. Meanwhile, container throughput in domestic ports is expected to be weaker for the remainder of the year due to the reshuffling of global shipping alliance. However, we believe 2017 will serve as a low-base year for throughput volume to recover, starting from 2018. · Within the sector, MMCCORP emerged as our preferred pick and the upcoming listing of its ports operations may potentially serve as a re-rating catalyst.
Posted by CH Tan at 12:33 下午 没有评论: 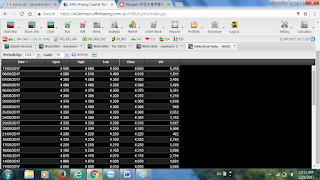 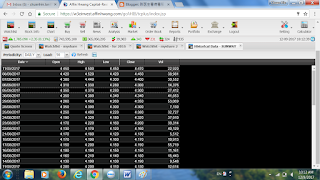 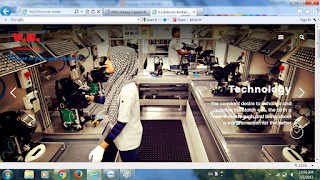 KUALA LUMPUR (June 13): V.S. Industry Bhd’s net profit increased 2.6 times to RM50.5 million in the third financial quarter ended April 30, 2017 (3QFY17) from RM19.31 million a year ago, on higher sales orders from its clients in Malaysia, Indonesia and China.
Earnings per share rose to 4.26 sen from 1.66 sen.
Revenue rose 68.2% to RM854.11 million in 3QFY17 from RM507.84 million in 3QFY16.
It also declared a third interim dividend of 1.5 sen per share for the financial year ending July 31, 2017 (FY17), payable on July 28.
For the cumulative nine months (9MFY17), V.S. Industry posted an 11.7% increase in net profit to RM119.51 million from RM106.98 million in 9MFY16, while revenue grew 41.7% to RM2.3 billion from RM1.62 billion.
Malaysia remained V.S. Industry’s primary revenue contributor at 67.8%, followed by China (27.3%) and Indonesia (4.9%).
In a filing with Bursa Malaysia today, V.S. Industry said its Malaysia segment recorded higher pre-tax profit for 3QFY17 and 9MFY17 mainly due to higher sales orders from key customers, including the new box built
orders from key customers.
"The new production lines that were commissioned earlier are now running at optimal capacity, which further contributed to the increase in revenue in Malaysia," it added.
Following the award of the vertical integration status by the group’s key customer in May 2016, V.S. Industry said it has gradually received much more box built orders, which on a collective basis are expected to contribute to substantial growth in revenue.
"As production volume increases, the group benefits from higher production efficiency and greater economies of scale," it said.
On its operations in China, V.S. Industry said it continues to strive to secure new and replenishment sales orders from its customers, and it expects performance to be satisfactory going forward.
While the group is aware of the increasing challenging operating
environment in view of the volatile US dollar against the ringgit, V.S. Industry said with prudent management, coupled with continued strong support from existing as well as newly acquired customers, it is optimistic that it will achieve better performance for the current financial year.
"In our previous engagements with media, we had said our 2HFY17 results would be stronger than that of 1HFY17, and now, our 3QFY17 results have indeed proven to be so. The execution of our growth plans is on track and is starting to reflect in our financial performance from 3QFY17 onwards," said V.S. Industry managing director Datuk SY Gan in a separate statement.
"Our clients are experiencing brisk sales growth with their new products, effective marketing campaigns and enhanced distribution channels. As for us, we will ride on our clients’ growth, supporting them in every step of the way with our integrated manufacturing capability to produce quality products at the quantity required by them on a timely basis,” he added.
V.S. Industry shares closed up three sen or 1.5% at RM2.03 today, with 3.98 million shares traded, valuing the group at RM2.42 billion.
Posted by CH Tan at 8:26 下午 没有评论:


Definition of Subunit: In a currency system, there is usually a main unit (base) and subunit that is a fraction amount of the main unit.
Example for the subunit as follows:


Definition of Subunit: In a currency system, there is usually a main unit (base) and subunit that is a fraction amount of the main unit.
Example for the subunit as follows: