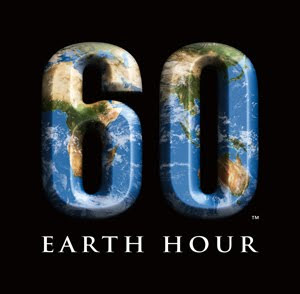 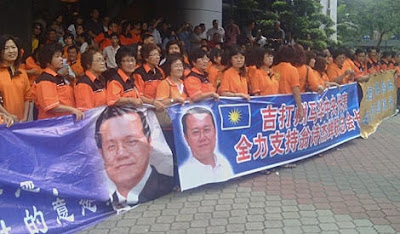 Monday August 3, 2009
A higher rating for branded glove firms?
Hock's Viewpoint - By Choong Khuat Hock
Most gloves produced under OEMs sold to branded resellers
THE rubber glove industry is one in which Malaysia is leading globally.
However, on closer examination, it would appear the bulk of rubber glove companies like Top Glove Corp Bhd, Hartalega Holdings Bhd, Kossan Rubber Industries Bhd and Latexx Partners Bhd are original equipment manufacturers (OEMs) that produce rubber gloves sold under the reseller’s brand name.
Most of the resellers like Kimberley-Clark, McKesson Corp, Cardinal Health, Medline and Ansell provide a wide range of healthcare and hospital products.
Increasingly, these companies are manufacturing less and outsourcing production to OEMs.
Instead, they are focusing on research and development (R&D), brand development and distribution.
Although, OEM rubber glove manufacturers in Malaysia can make reasonable returns due to the limited number of large rubber glove makers, the scope to increase margins is limited as resellers control the brand and can shift their orders to other OEM rubber glove manufacturers offering lower prices.
The margins of OEM manufacturers are thus determined by the type of gloves they produce and their operational efficiency.
Hartalega enjoys the highest margin among OEM manufacturers due to its operational efficiency and a higher percentage of nitrile glove production which currently enjoys better margins.
Latexx also enjoys good margins as its production facilities are concentrated in just one location, thereby minimising overheads and ensuring better quality control.
Among the listed rubber glove companies, the only two involved in selling rubber gloves under their own brands are Supermax Corp Bhd and Adventa Bhd.
Around 55% of rubber glove sales by Supermax consist of its own brand of gloves. In 2008, Supermax’s dental brands achieved a commendable 7.1% share of the dental glove market in the US.
Nevertheless, the challenge faced by Supermax is that large US hospital chains would normally like to simplify logistics by buying from companies that can provide a full range of healthcare and hospital products.
Hence, Supermax sells mainly through distributors and dealers who target smaller establishments like nursing homes, clinics, dentists, laboratories rather than large hospital chains.
Supermax enjoys operating profit margins of around 30% for gloves sold under its own brand, although margins are currently much higher in Mexico and Brazil where there is a shortage of gloves.
Adventa is the only listed company in Malaysia that is producing surgical gloves which require a more complicated process.
Around 60% of surgical gloves are sold under its own brand throughout the world.
To develop cutting-edge surgical gloves, Adventa has a R&D centre with eight chemists and six assistant chemists.
Its gloves are also tested by three surgeons who provide invaluable feedback. Adventa is in the process of patenting some of its inventions.
Operating profit margins for its own brand of surgical gloves are as high as 40%.
Recognising the need to provide a full range of hospital products, Adventa has set up a distribution arm to sell a range of hospital and disposable products utilising its global network of distributors.
Due to strong demand for its surgical gloves, Adventa is planning to expand its surgical glove capacity from 250 million gloves per annum currently to 350 million per annum by year-end and 450 million per annum by the end of 2010.
The current valuations of Malaysian rubber glove companies do not seem to reward companies that sell gloves under their own brands.
In fact, Supermax and Advanta have among the lowest price-earnings ratio (PERs) among rubber glove companies (see table).
Perhaps this could be partly due to company-specific factors.
In the case of Supermax, it is still recovering from the financial burden arising from its failed investment in APL Industries Bhd, though it would appear that the company is on the road to recovery.
In the case of Adventa, it is not a very well covered rubber glove company and its strong operating profits may be masked by its one-off foreign exchange losses.
Kimberly-Clarke, which markets a wide range of consumer and disposable products globally under its own brand, is trading on a prospective PER of 13.5 times while both Supermax and Adventa are trading on PERs significantly below 10 times despite faster earnings growth.
Branding has ensured better margins for Supermax’s and Adventa’s gloves sold under their own brands.
The challenge is to enhance their brands and boost sales in the face of competition from multinationals.
If they are successful, the potential earnings growth could be tremendous as they are starting from a lower base compared with the near-stagnant sales of multinationals such as Kimberly-Clarke. 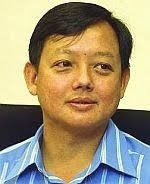 刚好手头上有BJTOTO, BJCORP， 所以贴上来让读者看看，
看看就好，不是我做的功课。
想想也是很奇，bj corp 常常被炒来炒去，而且从1.00到1.47，起了够多了，
但基本因素好好的bjtoto很多时候无人问津，还是在4.30-4.40 的价位，
前些时还在4.2多排徊，
很长的时间要买低价都买得到，
就只怕你没钱，没信心。
但这样的市其实不能做什麽，
快跌慢跌都是跌，
没胆进出，没内幕是赚不了钱的，
（当然高手除外，但这市有几多个高手？）
只能看，看好好自己的心水股，
慢慢买进，费用不合算也没办法了，
谁叫你上了股市的瘾？
FROM ECM LIBRA
3QFY10 : Safety in numbers GAMING
• Within expectations
9MFY10 net profit of RM300.8m (-1% y-o-y) was within expectation at
77% of our full year estimate but below consensus at 72% of consensus
estimate. 9MFY10 revenue of RM2.5bn (-10% y-o-y) was within
expectation at 76% of our full year estimate. As expected, no dividends
were declared in the current quarter (3QFY09: 4.5 sen). Recall that
Berjaya Sports Toto (BST) prepaid 19 sen tax exempt DPS in 1QFY10.
• Lower prize payout neutralised lower revenue
9MFY10 net profit was relatively unchanged y-o-y although 9MFY10
revenue was 10% lower y-o-y as we estimate that the prize payout ratio
improved 2 ppts y-o-y to 63% (theoretical level: 61% to 62%). Lower
revenue y-o-y was due to the previous year benefiting from seasonally
higher Chinese New Year (CNY) sales in Jan 2009 (2010 CNY fell on Feb
or 4QFY10) and strong sales from Mega Toto 6/52 which had larger
jackpots then.
• Earnings have found a floor
3QFY10 net profit of RM97.9m was 1% higher y-o-y due to the
aforementioned reasons except that the estimated prize payout ratio
improved 4 ppts y-o-y instead to 63%. Sequentially, it is encouraging to
note that 3QFY10 revenue of RM850.8m was only 1% lower q-o-q despite
a full quarter of competition from Magnum 4D Jackpot (2QFY10: 1
month) and the 5% lower net profit q-o-q was instead due to the
estimated prize payout ratio rising only 1 ppt q-o-q to 63%.
• Let the good times roll again
The 19 sen tax exempt DPS declared thus far represents 79% net DPR of
9MFY10 net profit. To maintain its minimum 75% net DPR policy by year
end, dividends will have to be declared in 4QFY10. We estimate it to be 4
sen tax exempt (FY10: 23 sen tax exempt). New game variant, Supreme
Toto 6/58 will regain market share lost to Magnum 4D Jackpot when it is
launched on 20 Mar 2010. We leave our earnings estimates unchanged.
• Maintain Buy and RM4.91 TP
Our TP is based on end-FY11F (WACC: 7.9%, TGR: 1.5%). We are
encouraged that government is allowing higher yielding games and
awarding more special draws (CY10: 20) to raise revenues rather than
raise gaming taxes and betting duties. We believe more new games or
game variants are on the cards.
Posted by CH Tan at 3:33 下午 2 条评论: